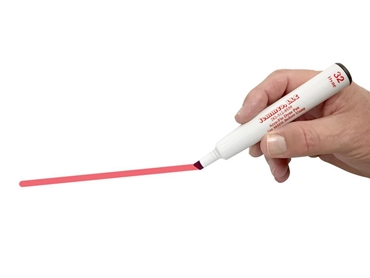 PRICE BREAKS - The more you buy, the more you save
**Accu-Flo™ Felt Dyne Pens are also available in Blue

Accu-Flo™ Dyne Pens are available in any combination of levels, although we do have a $50 minimum.

Jemmco’s wicking style, Accu-Flo™ Dyne Pens are used to measure the surface tension of a substrate. By providing a constant volume of solution with each swipe, Accu-Flo™ Dyne Pens provide more consistent and accurate results each time. They are available in even dyne levels ranging from 32 dynes through 58 dynes, which covers a wide range of applications.

What Type of Dyne Pen Is Best?

There are a large variety of Dyne Pens on the market, and, in fact, Jemmco offers a wide number of styles. Despite all of these variations, there are basically two types. One type is the valve type pen, in which a valve is opened up to release the dyne solution when the pen tip is pressed down. This type of pen had been very popular, based on the belief that any surface contaminants picked up on the tip would be washed away with the solution once the valve was opened. Of course, this makes no sense since the contaminants would then be deposited on to the substrate being measured and would be affecting the solution that was used to measure the treat level of the substrate. A secondary issue with these pens is that it adds another variable to the dyne test. Since the amount of fluid released is dependent upon how much time, and how hard the user presses on the tip, it is very easy for too much fluid to be released, flooding the substrate surface, which could result in a false reading.

The second type of pen style available is a wicking type pen. Similar to a magic marker, this style pen does face the same problem as the first, regarding tip contamination, however, the solution flow is now dependent on the wicking action of the pen and not the operator. As a result, the amount of fluid deposited on the substrate is more consistent from use to use, thus eliminating one variable.

Jemmco does offer a valve style pen, our Accu-Flo™ Jumbo Pen, which uses a thick replaceable felt tip, to reduce the amount of fluid deposited, and to reduce the impact of tip contamination.

Jemmco’s Accu-Flo™ Dyne Pens are simple to use, making them perfect for use in applications where a quick reference is needed. The dark blue color solution makes them easy to read, especially in poor lighting. For this reason, these pens have proven to be perfect for use at the production line. The wicking style marker provides a constant volume of solution with each swipe, enabling more consistent results each time. They are available in even dyne levels ranging from 32 dynes through 58 dynes, which covers a wide range of applications. Best of all, Accu-Flo™ Dyne Pens are competitively priced.

Jemmco’s Accu-Flo™ Dyne Pens are made specifically for each order, so that the user is assured that the pens are fresh and have not been sitting on a shelf. Jemmco puts an anticipated expiration date on each pen to remind the user when it is time to reorder. (note: The expiration date appearing on the pen is a not to exceed date. Pen life is dependent on use, storage conditions and exposure to the atmosphere. Pen solution that has turned green will not give reliable readings and should not be used.)

Accu-Flo™ Dyne Pens have proven to be very popular with film extruders and plastics converters. Providing a good, quick reference in production environments, users have learned to depend on Jemmco Accu-Flo™ Dyne Pens.

How Should I Store My Accu-Flo™ Dyne Pens?

What is the ideal surface for Accu-Flo™ Dyne Pens?

The ideal surfaces for Dyne Pens are non-absorbent materials.

What is the Dyne level of my substrate? 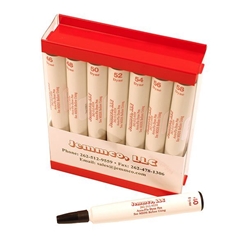 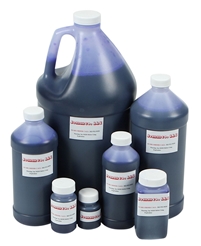 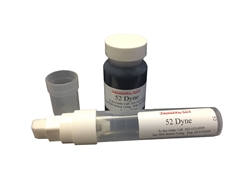 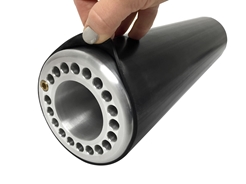 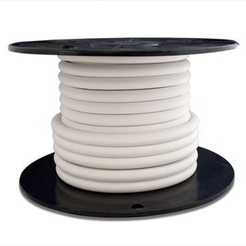 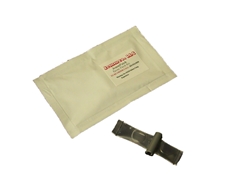 Jemmco offers a full line of equipment and supplies for film extruders and web converters.

Have Questions for us? Do you need a Quote?